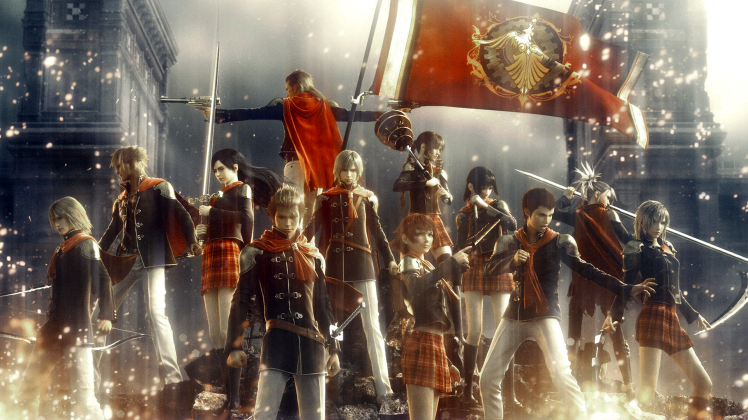 When one traditionally thinks of Final Fantasy, a few things come to mind. Moogles, Chocobos, ridiculous airships, even more ridiculous hairstyles, and some really big swords are just a few examples of some ideas that have for better or worse helped define the franchise. However, tropes like these are what has caused the series as a whole to appear aged and unable to innovate for modern gaming. But, then along come the heroes of Class Zero in Final Fantasy Type-0 HD and what we know as Final Fantasy is set on fire. Literally. Originally a PSP title exclusive to Japan, Type-0 has been ported to the PS4, Xbox One, and PC for western audiences. A darker take on what a Final Fantasy game can be, Type-0 is literally taking the franchise to war and having fun with it. While the game isn’t perfect by any means, it’s a reassuring sign that this franchise isn’t near its finale anytime soon.

Now, you might be thinking “isn’t this just another Final Fantasy spin-off?” Yes and No. At first glance Type-0 is a Final Fantasy game like the rest. Four crystals? Check. Chocobos? Check. Magic? Check. Streets covered in blood with cutscenes of people getting stabbed with bayonets and gunned down with bullets? Wait, what? While the idea of war has been covered in Final Fantasy titles past, Type-0’s story is more like a war movie than it is a fantasy epic. There’s lots of death, lots of sadness, and no amount of Moogles can change that. In fact, the mature twist on the tropes of the series really make this a must play for those that consider themselves big FF fans. That said, the story isn’t perfect, as there’s a lot that you have to discover for yourself rather than be told through cutscenes. Which means that you can miss some fairly large chunks of the story inadvertently. But, if you do piece together the whole tale, you’re treated to a world that is very familiar and yet deadly and strange.

In addition to a mature story, you get a cast of mature heroes too. The main plot of Type-0 is the story Class Zero, a class of military cadets from the nation of Rubrum trying to stop the militaristic ambitions of Cid Aulstyne and Militesi Empire. They’re still a bunch of kids, but they’re all serious military cadets. Case and point, they have all been programmed (through magic) to forget someone and loose all memories of that person when they die. Like I said, lots of death and darkness. You still get the odd JRPG stereotype, but it’s balanced with how serious the story is and how serious the characters are, regardless of their age. That and they can fight like the best of them.

Final Fantasy Type-0’s biggest selling point is the combat system. It’s a real-time combat system that rewards you for timing your attacks well with instant kills and increased damage output. The characters fly around the battleground with amazing speed and grace that make you feel incredibly powerful, almost god-like. Occasionally you fall victim to the poor camera control but you can usually recover from that. Also, because you have so many different characters to choose from, you’re exposed to a great variety of play styles for you experiment and enjoy. It really is the best part of the whole game. 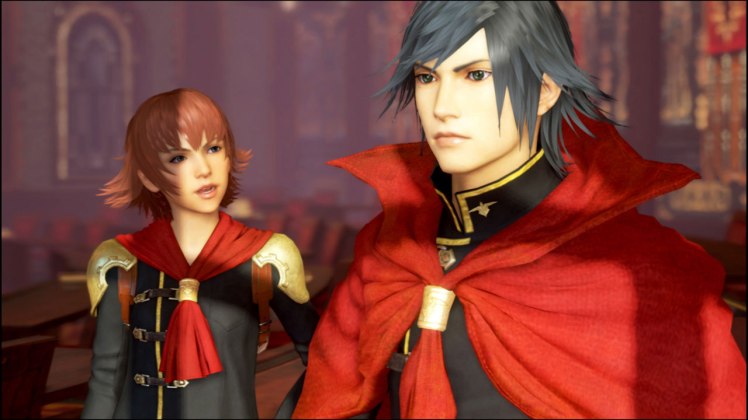 However, despite the amazing gameplay and compelling story, you can notice the game’s flaws right away. While the game is an updated version of the original, the graphics is a bizarre mix of completely redone assets and what appears to be original psp-grade environments and characters. Combine that with some poor lighting choices and you end of with characters who look out of place and not pretty. These graphical issues are usually confined to what cutscenes, but it’s still a big issue. Also, while the dialogue was localized, the lip-syncing is still in the original Japanese. Which in turn, leads to some terrible dubbing issues. Normally you expect a higher standard from Square in this department, but with Type-0 there some areas that were improved on greatly and others that were definitely neglected. And while the story is compelling, gameplay is a slave to the story and sometimes not in a good way. In order to get the most out of the game, you have to beat the game at least two times. While JRPGs often have a New Game + mode, there’s not enough story content for Type-0 to justify the need to artificially double the length of the game.

So, should you get Type-0 HD? If you’re a Final Fantasy fan, yes. If you’re not, I’d say give this one a pass unless you’re genuinely curious. The game is good, but the combination of polish issues and length really only make suitable for Final Fantasy fans. If you’re new to the franchise, I suggest playing a main series title before jumping to this. But if you do want to play it, you’ll be treated with a great experiment in what a Final Fantasy game can be.

One thought on “We Have Arrived: Final Fantasy Type-0 HD Review”