Hello again Internet. I know you’re busy so I won’t take much of your time, but I wanted to just say a few words about some stuff that’s happened recently in the world of gaming.

As we approach the holiday season with anticipation for some amazing games to play, we’ve had some news recently which has dampened our spirits a bit. Several games which were expected to release before the end of year have been pushed to 2016. Now that really isn’t that much longer, but that hasn’t stopped fans from grabbing their metaphorical torches and pitch forks and being rather aggressive about their disappointment.

To which I’ll say a couple things. First, see my open letter to game developers on why game delays are a good thing. I’ll wait. You done? Ok, moving on. Second, now that you have some idea of why it would be better to get games when they’re ready, let me reassure you that what we’re getting this holiday season is still worth getting excited about. Fallout 4, Halo 5, Star Wars Battlefront, Rock Band 4, Xenoblade Chronicles X, these are just some of the many titles that I’m excited to get this years.

Plus, with more and more stuff announced for release next year, such as Persona 5 (another game that was delayed, but awesome trailer made up for it) and Final Fantasy XV the delays of these games are making 2016 look like an even better year for gaming than this year. Not to mention that the holiday season is filled with more games than I have time to even finish playing one, let alone two (still haven’t gotten around to playing Dragon Age: Inquisition).

So while it sucks that some of the games we want aren’t coming this year, take heart in the fact that not all hope is lost and that the end of year still looks like it will be a ton of fun for everyone.

Now how can I get that Mega Yarn Yoshi Amiibo? 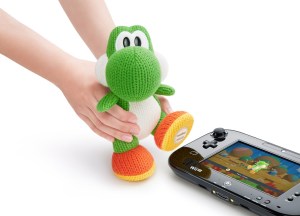 One thought on “Game Delays: A New Necessity”