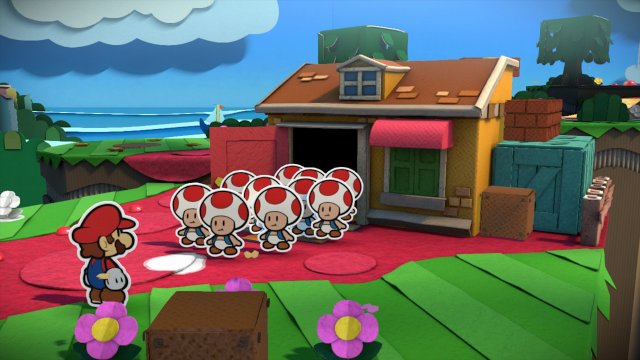 No matter how you look at it, last Thursday’s Nintendo Direct was certainly a surprise. But whether or not it was a pleasant one is up for debate. 2016 is a big year for Nintendo for a couple of reasons. First, the company is expected to announce and release their next major console, only known as the Nintendo NX, sometime this year. Second, the company has significant ground to make up with not only lackluster Wii U sales but also shrinking 3DS sales that Nintendo used to be able to depend on for steady profits. With all that in mind, when you watch the March 3rd Nintendo Direct a few things are clear. One, it’s obvious we aren’t getting any NX news until E3 2016. Two, We’re not getting any Zelda Wii U news until E3 2016. And three, Nintendo still has surprise titles left in store for us. However, it’s these very titles that make fans of Nintendo a little leery of the company’s plans for the rest of the year.

Let’s start off with the good news. We got a chance to see new gameplay of not only Monster Hunter Generations and Bravely Second, but we also got see footage of games that until now hadn’t been officially announced yet. Paper Mario Color Splash and Kirby Planet Robobot (because Planet Robot wasn’t odd enough) are two of the several new titles that Nintendo announced during this month’s Direct. It shows that Nintendo is a company that for the most part can still keep some surprises in store in an era of leaks. It’s true that there were several games that they talked about that I will not be paying attention to, but it’s pleasing to see that there’s a lot in store for a company whose 2016 lineup we thought we had pegged down. Plus with E3 only a few months away, we’re in store for some (hopefully) exciting news for titles like the latest Zelda game and the NX itself. However, that’s pretty much where the good news ends and some the very titles I’m excited about are not so great the more I think about them. Except Kirby, that looks awesome.

Before I get to that I should stress, though I shouldn’t have to, that this is all my opinion, and I could be wrong about a lot of this. Specifically to any speculation whether or not a game will be any good upon release.

To start, despite Nintendo’s attempts to make the game look like a fun homage to Star Fox 64, I’m still having some serious doubts about Star Fox Zero. First, the game itself is a little mundane in the graphics department. Now the game still looks decent, but in general, this feels like a missed opportunity for Nintendo to bring the Star Fox franchise up to snuff. Plus as much as I like the idea of a similar experience to Star Fox 64, I can just play Star Fox 64 for that rather than shell out a lot of money for the same game. To add insult to injury, Star Fox Guard is not a selling point for me. Sorry Nintendo. Then we get to Paper Mario Color Splash. Now, as some of you may be aware I love Paper Mario. What most Paper Mario fans and I want is a new title that was akin to the original and The Thousand-Year Door. What we have while intriguing and gorgeous (take note Star Fox Zero), is essentially Sticker Star with a new coat of paint (pun totally intended). That is not what Paper Mario fans want Nintendo; we want a TTYD HD remake. Of course, they know that I’ll probably pick up the title despite this, but maybe if the fan base complains enough, they’ll listen. For Color Splash, I hope I’m wrong about it rather than right.

Moving on, the main thing that everyone is talking about it the lack of news for the newest Zelda. I’m beginning to think we’re going to see a repeat of what happened to Twilight Princess in its original release. To be fair, from what we’ve seen of Zelda Wii U this entry is going to be potentially game changing for the franchise and that might mean a jump to a new platform. Personally, I have enough games to play as it is so I’m alright with waiting to hear more news, but the fact that we’ve heard absolutely nothing is a little disconcerting. If they don’t say anything at E3 (which I seriously doubt), then we should probably panic.

I guess while I’m excited for most of what Nintendo had to say, I’m also hesitant to ignore the sense of dread in the back of my head, and I’m bracing myself for disappointment. I know that Nintendo has been on a roll with some fantastic games, I also know that they have the tendency of blowing it too.

One thought on “March Nintendo Direct: the Good, the Bad, and the Potentially Disappointing”