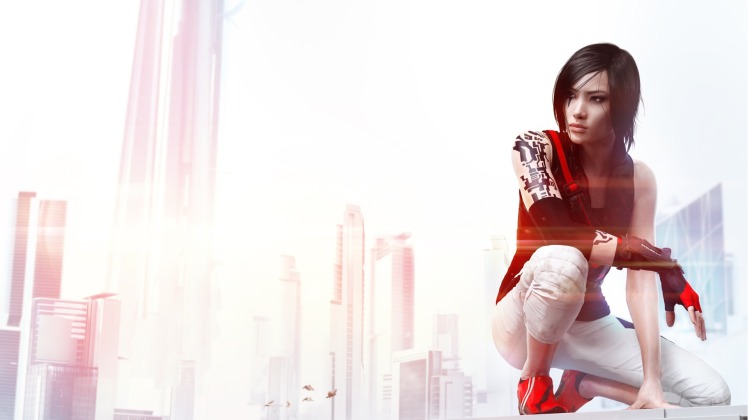 The original Mirror’s Edge was something special. At the time of its release, there wasn’t anything quite like it. A first-person adventure title, players were introduced to a visually stunning world where Faith and her fellow Runners traversed the many rooftops of the seemingly perfect city they called home. All the while avoiding (and fighting) the totalitarian regime that was slowly but surely asserting their control over the masses. Again, there was nothing like it, but it wasn’t without its issues. For example, The parkour mechanics occasionally weren’t as fluid as they should have been, and the levels were incredibly linear in a game where the focus was about freedom. Because of these problems, the game didn’t do as well as perhaps EA or DICE would have liked and we didn’t hear about the franchise for a while.

Then, after a successful spin-off title on mobile devices and demand from the game’s cult following, EA announced in 2013 that we would be getting a new Mirror’s Edge title in the form of both a prequel to the first game and a quasi-reboot of the franchise. Three years later, now known as Mirror’s Edge Catalyst, the game will be released on June 7th, and I could not be more excited. I had the privilege of playing the Mirror’s Edge Catalyst beta last month and not only did it make me even more excited for the game, but it also gave me an idea of the changes they’ve made from Faith’s first run. With that in mind, I’m going to explain why I’m excited for Mirror’s Edge Catalyst and what they’re doing to hopefully not make the same mistakes as last time.

The City is Ours

Perhaps the biggest complaint many (myself included) had about the first game was the linearity of the levels. While they were well designed and beautiful to look at, they were also formulaic toward the end and lacked the sense of freedom that so many of us craved. Even before the 2013 announcement, I always thought that the next Mirror’s Edge needed to be an open world game. So you can probably guess how satisfying it was to run around the open world of Mirror’s Edge Catalyst during the beta. Set in the city of Glass, no longer just “the City”, player will now run across the rooftops to complete missions and side quests. This not only allows players to test their skills in between missions, but it also gives players the sense of freedom that the game is constantly trying to portray in the Runners and their well, running. It even encourages the player to explore and learn the best routes through collectables and time trials. A step in the right direction from DICE

Running and parkour have always been the Mirror’s Edge franchise’s main draws. The first game presented a solid proof of concept in bringing free-running to consoles and making a game out of it. It wasn’t perfect, but it was still fun if you had a flow going. In the case of Catalyst, flow is everything, and the controls reflect that. No longer do you have the option to disarm an enemy and use their weapon, everything is done through fast combos and strategic attacks. It took some getting used to during the game’s tutorial level, but by the end of the beta, I was “moving like water” as the game says. Like being able to run around the city of Glass freely, the movement and combat mechanics are super satisfying once you get into the flow.

Side note, while the concept of leveling up to get new skills is a little annoying, you find that you gain experience really quickly in Mirror’s Edge Catalyst so it’s not that bad. 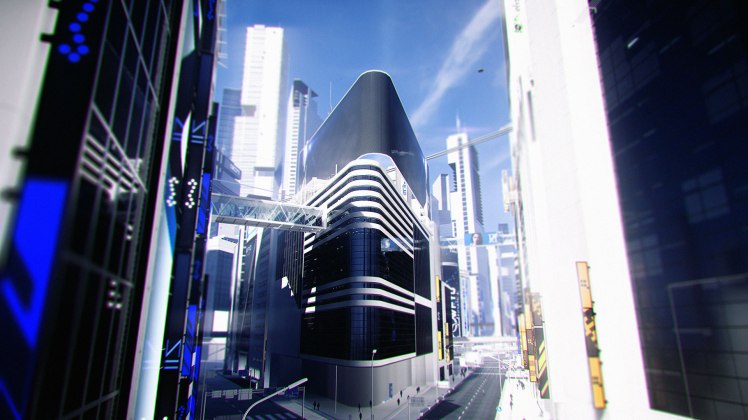 I’ve always thought that the aesthetics of Mirror’s Edge is one of the best in gaming. The minimal use of colour with lots of clean white spread across the cityscape is stunning. It’s meant to be hauntingly beautiful, and it achieved that from the very first trailer. Using the new Frostbyte 2 engine, DICE has managed to take something that I thought already looked good and bump it up to 11. There’s more colour this time, but it’s still that same style that I fell love with all those years ago. There’s not much else to say other than the game still looks really, really pretty. 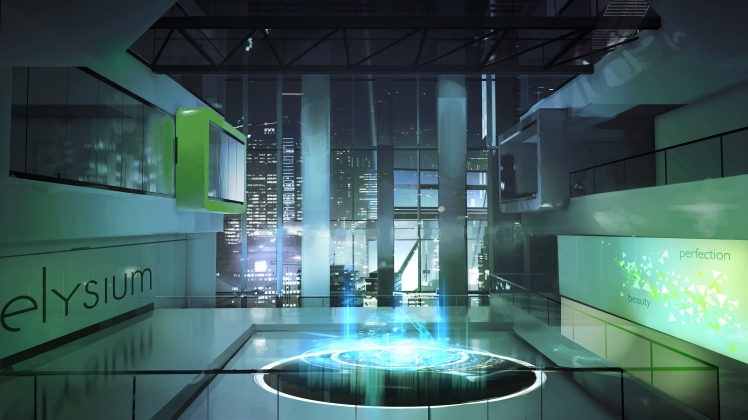 There’s a chance that if you played the original Mirror’s Edge you’re thinking “wait, there was a story?” Yes, there was one, albeit a very sparse and boring one where you’re introduced to characters who supposedly matter and are supposed to give you justification to these levels from point A to B. Thankfully, that’s not the case this time around. From the moment you start with Faith’s release from juvie and her immediate scuffle with police as she tries to go off the grid, you know that things aren’t going to be so cookie cutter. Glass and the people who control it are far more sinister this time around, and I’m sure we’ll find out what hides behind the looking glass as we progress through the story.

Along with the art, the music is another aspect of Mirror’s Edge that I enjoy greatly. Its mixture of ambient electronica and progressive house serve as perfect music for Faith as she runs and fights her way through the city. Catalyst continues this trend with some fantastic music by Solar Fields, who worked on the last game. The music is an aspect that isn’t too different from the previous title. But as they say, if ain’t broken don’t fix it.

Also, CHVRCHES is performing the theme song, which is awesome.

There’s still the chance that Mirror’s Edge Catalyst won’t live up to expectations. What I’ve seen so far, however, has made me optimistic for the final product. Mirror’s Edge Catalyst will be available on June 7th, 2016 in North America and June 9th, 2016 in Europe on PC, PS4, and Xbox One. There is a special access program through EA Origin to get early access for a few hours, but I’m not THAT excited. Either way, I don’t have to wait for that much longer to starting running the roofs of Glass.