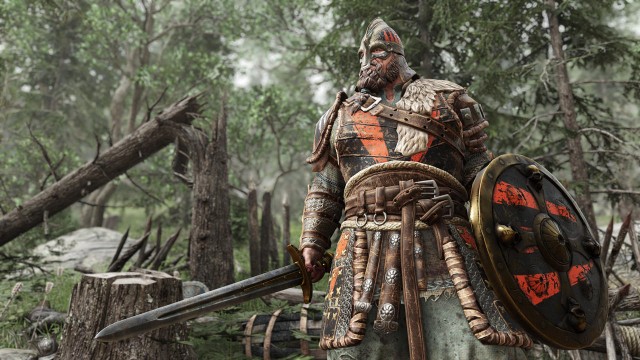 After Sunday’s somewhat anti-climatic start to E3 2016, I was concerned as to what the tone would be for the rest of the show. Would we see the exciting announcements and gameplay footage that got us screaming and bouncing walls like last year? Or would this year’s conferences be a slog of info that we’d already seen before? Well, after watching all three pressers, I’m happy to say Day 0 of E3 2016 delivered the excitement and fun that comes with what we love to call gamer Christmas. There’s a lot of stuff to go through, so I’m going to focus on the news that I feel the most strongly about.

Going into Xbox’s E3 event, I wanted them to convince me that it would be worthwhile to get an Xbox One. The Xbox One is the only console that I don’t have, and with most Xbox “exclusive” games now available on PC (Windows 10 specifically) it seems like the reasons to get one were dwindling. Well from the first announcement to the last, I went from ready to buy one to holding off again. But that’s not a bad thing.

Microsoft kicked things off with the reveal of the Xbox One S. It’s slimmer (hence the S), supports 4K video, and best of all it costs $299 (USD, sorry fellow Canadians). What then followed was a fantastic sequence of trailers, gameplay demos, and announcements that had me excited to play these titles. A theme that ran throughout the conference was the idea of “Play Anywhere.” As someone said on Twitter after the event, this is essentially a nice way to spin “We don’t have console exclusives anymore.” While it means that my reasons to buy an Xbox One are pretty much non-existent now, it means that several formerly platform exclusive titles are now playable on Windows 10. Some of these games are ones that I’m pretty excited for.

The conference highlighted the big franchises that we’re expecting new titles from. Gears of War 4 was demoed on stage at the very start, followed by the newest Forza and a  neat demonstration of their seamless integration of different player’s game sessions into one at the touch of a button. We got several more demos from Minecraft, Final Fantasy XV (albeit a poorly played one), and much more. In fact, the sheer number of games was staggering. The demos that stood out to me were We Happy Few, an Orwellian first-person adventure set in an alternate history England, and Sea of Thieves, a multiplayer online pirate game. I’m not sure if I can do these games justice in just a few words, but there’s a lot to cover so I’ll leave the entire conference for you to watch at your leisure

The conference ended with the announcement of Project Scorpio, the next console from Microsoft. While we got no images of the console, we’ve been told that it will be the most powerful console ever made and will be available Holiday 2017. The only issue with the announcement apart from the lack of images is that it partially derails their Xbox One S reveal. Scorpio is supposedly backwards compatible with the Xbox One ecosystem, which in turn is compatible with 360 games. I wanted them to sell me on getting an Xbox One. Now I’ll just end up waiting for Scorpio next year, or maybe just play every Xbox exclusive on PC.

Overall an exciting press conference, just not the best they’ve had.

I’ve always had mixed views on Ubisoft’s press conferences. They make some of the biggest franchises in the industry, but only the occasional Ubisoft game interests me. That said when their E3 2016 conference exploded with a dance number to Queen for Just Dance 2017, it felt like things would be a little different this time. Aisha continued to be the best host for a video game press conference ever, beginning with a truly beautiful message (as did all the other press conferences) about the recent shootings in Orlando. I think she’s gotten better over the years, mastering a sardonic sense of humour that the gaming industry sometimes lacks when it comes to making fun of itself.

All jokes aside, Ubisoft had a very strong lineup of games to show. Starting off with Ghost Recon Wildlands, we got to see an exciting demo with the words “tango down” probably said about 50 times. Afterwards, we got to one of my favourite announcements of the expo so far, gameplay details and the release date of South Park: The Fractured But Whole (hahaha). The Stick of Truth was one of the funniest games I’ve ever played; this one is looking just as good perhaps even more entertaining. Some would argue that For Honor stole the show with its single player campaign trailer and a release date announcement. Watchdogs 2 made an appearance, even with all leaks it was fun to see in action on stage. Trials and Blood Dragon made a “baby” and showed it off in a hilarious trailer. We even got to see some cool VR titles that might be kind of fun to play.

Perhaps this biggest problem with the Ubisoft conference wasn’t with the content but how it was presented. Every segment took at least twice as long as it needed to, with Aisha Tyler seemingly interviewing every person who came on stage. It worked for some of the segments, but doing that format for all of them was not working for the audience. Plus the big surprise of this year’s show was a new IP called Steep. It looks gorgeous, but it’s not clear whether or not it will be able to captivate gamers.

I still think Ubisoft had a great presser. But, maybe they could have trimmed some of the fat.

Similar to Bethesda, Sony’s E3 2015 press conference was one of the best conferences held in the history of the expo. The lineup was solid, and the surprises were explosive. So needless to say the expectations were high for Sony. I honestly thought that there was no way they could top it. I was partially right, but the conference itself was still incredible.

For starters, they had an orchestra playing the score of every game that was on stage. An orchestra. This is the company saying “kids, this what you can do when you make a lot of money selling PS4s.” Then they opened up with a God of War demo. God of War appears to be taking a page out of both Norse Mythology and The Last of Us. Still it’s nice to see a fresh take on the franchise, and it looks beautiful (and violent). This was then followed by what was virtually nothing but gameplay demos and very little talking. There were some statements by Andrew House and Shawn Layden. But for the most part, the focus was games and that I think was the best part of the whole conference. No developers were talking about how amazing their game will be; we’ll be the judge of that.

Days Gone was revealed, a new post-apocalyptic adventure game from Bend Studios. There seems to be a trend of these games having The Last of Us vibes. I guess that’s what happens when a masterpiece is made in a particular genre. The Last Guardian finally got a release date for this October. This is perhaps the only E3 prediction I got right, but hey at least I got one. Horizon: Zero Dawn showed off more gameplay which makes me want the game even more, despite the fact that I will probably be terrible at playing it. To everyone’s surprise, Resident Evil 7 was announced with some integrated PSVR functionality as if the game wasn’t scary enough. In fact, several titles coming to PS4 including FFXV will have PSVR features in some shape or form.

Speaking of Playstation VR, one of the biggest announcements was a release date of October 13th, 2016 and a price of $399. Holy crap October is a busy month for gamers. I will most likely not be purchasing a system, but it’s nice for those that have been waiting a while for it. Another of the biggest announcements of the show was the reveal of Hideo Kojima’s next game. Coming to the stage and saying “I’m back” to thunderous applause, Hideo showed a surreal trailer for Death Stranding, featuring a naked CGI Norman Reedus. Here’s hoping that we’ll get a lot of his ideas from P.T. in this title.

There were a lot of other trailers and reveals as well (Crash Bandicoot remastered), but I think what I’ve mentioned portrays how exciting the conference was. I may not have been screaming with glee like last year, but I was damn happy afterwards.

Oh and we’re getting a new Spiderman game too, that’s cool I guess.

Sunday’s conferences might have been a bit lacklustre, but Monday’s showcases more than made up for it. They weren’t perfect, but they were pretty damn close. Well done E3 2016, well done.