One of the games I purchased during the last Steam summer sale was Age of Mythology: Extended Edition, essentially an “HD remaster” of the original game. It’s been 14 years since the release of the original Age of Mythology, and I have fond memories of playing it when I was a kid. So it should be no surprise that I was excited to pick up an updated version of what I view as a classic RTS from my childhood for only two bucks. What I got when I booted up the title on my PC was a glitchy, low-quality mess that made me want to stop playing immediately. In fact, the “DLC” that introduced a new pantheon of gods didn’t work at all and was unplayable. Now to be fair, the game is 14 years old and was ported over a by a different studio. But considering the crazy amount of nostalgia that triggered me to purchase it, I couldn’t help but feel disappointed. However, it did get me thinking about remastered titles in general. With rising game costs and the lack of trust in new IPs, a remaster of a beloved classic is an easy way for game studios and console manufacturers to make a decent chunk of change while new ideas percolate. But with some of these titles, it seems that it does more harm than good to the source material. Plus, it seems that there are more and more ports and remasters than new games to play these days. To remaster or not remaster, that is the question.

It’s worth pointing out that there’s a difference between a remaster and a remake. For a remastered title, the studio updates the graphics and maybe improves soundtrack and sound design. These are tasks that are relatively easy by software development standards, especially as consoles become more and more like the PCs that the games are developed on in the first place. Notable examples include Grim Fandango: Remastered, Final Fantasy X & X-2 HD,  and Borderlands: The Handsome Jack Collection. While they look different on the outside, and maybe have some new controls, they’re essentially the same game that they were when they were released on their original platforms. On the flipside, a remake is a complete overhaul and redesign of the game, using the original as a base to build new features and functionality on top of updated graphics. You don’t see these very much, but Nintendo is known for doing this in addition to all the ports they release of the same titles. Final Fantasy VII: Remake is perhaps the most anticipated of these types of games, and perhaps the most divisive.

I bring up the distinction between the two because games like Age of Mythology: Extended Edition are weird hybrids of the two. It’s a remastered game but has mod-like DLC that brings new features and gameplay mechanics to the original. Adding new stuff doesn’t feel like you’re remastering a game, but it often get’s grouped in because we don’t have another word for it. Sometimes this type of remastering works well, like with last year’s release of the remastered Homeworld series. But in cases like Age of Mythology, in seems that the desire to get some money from nostalgic players comes at the cost of quality. So then we should just boycott these remasters and demand new games over these old titles, right? Perhaps not.

First, it depends on the game that is being remastered. Some of the titles that are getting a remastered edition are not what I would consider old at all. For example, Borderlands 2 was just over two years old when it was “remastered” for the Xbox One and PS4. Compare that to the Silent Hill HD Collection which included updated versions of games that were a decade old and it almost seems like a joke. Both are ports of incredible games that I think everyone should play, but how do you devalue one amazing gaming experience over the other? To complicate matters further, there are titles that I know for a fact that if they announced an HD remaster of I would immediately preorder, so I’m part of the problem. I’m looking at you, Paper Mario.

Second, as I mentioned earlier, game development is incredibly costly and time-consuming. Sometimes it can take a long time for a new IP or the next big thing to come to fruition, and the last thing a studio wants is to throw a lot of money into a new game over the course of several years and then run out of money because their other titles aren’t selling. The genius of remastering a title is by capitalizing on our collective nostalgia over a particular game; a studio can make enough cash to fund their new projects. Then again, it’s also how Nintendo has managed to stay alive all these years. 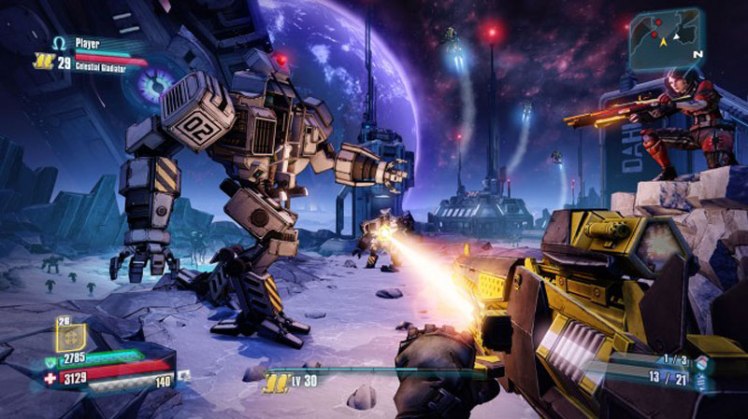 But, regardless of these arguments for or against remastering a video game, at the end of the day you have to consider a game’s legacy. Similar to what I said about the game being a factor in whether or not it’s worth remastering, there are some titles that every gamer should pick up at least once. As backwards-compatibility varies across platforms and graphics age rapidly, remastering a title provides a kind of service for a new generation of gamers. We might complain when someone hasn’t played a title and doesn’t want to because of how old it is or if it’s hard to come by in its original form, but now we can say there’s no excuse if an HD version exists. That same excitement we had for certain games can now be shared with a new generation of players.

It might seem frustrating if more and more games get remastered not long after their release. But, if we look past those blatant cash-grabs and instead look at the real gems; the classics that we consider to be best games ever made, then there is a reason to keep this trend going. So long as it doesn’t get too crazy, I guess. So I say go on and remaster those favourites, game studios. I’ll be happy to play them again.