Before I get to my review, I want to give my thoughts and some background on the history of video game films. Unlike books and comics, video games have been relatively unsuccessful when it comes to making the cinematic transition. Perhaps it’s the jarring transformation from an interactive medium to a non-interactive one, or maybe it’s simply that video game storylines don’t work on the big screen. Whatever the reason, it hasn’t stopped both game and film studios from trying, and failing, to turn big gaming IPs into motion pictures. These attempts have resulted in what are considered by some to be some of the worst films ever made. Super Mario Bros, Mortal Kombat, and Street Fighter are just a few examples of beloved gaming franchises that didn’t have successful outings on the big screen. Occasionally they’re in “so bad it’s good” territory. But usually, they’re just plain bad. But we have had some occasional success stories amongst all the garbage. 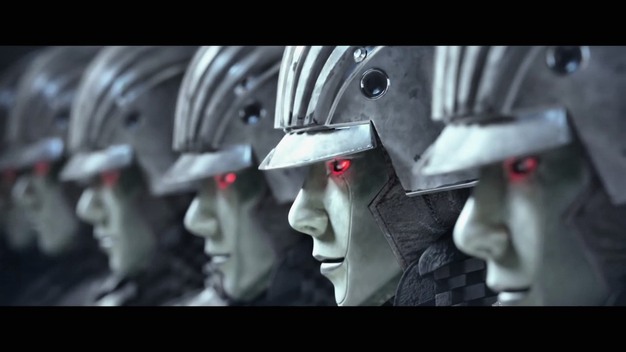 One of few franchises to have both a box office bomb and a cult classic is Square Enix’s Final Fantasy. Its first foray into films was Final Fantasy: The Spirits Within. While the movie was considered an achievement in computer animation at the tome, critics and fans didn’t jive with the sci-fi story that was a far cry from what the series was known for. As a result, it nearly bankrupted the company. However five years later, success came for the series’ film prospects in the form of Final Fantasy VII Advent Children, a story that follows the events of JRPG critical darling FFVII. While the story was only marginally better than Spirits Within, the animation and action have been considered the best in the genre and cemented Square Enix’s place as an animation powerhouse.

Fast forward 11 years to 2016 and Final Fantasy XV is finally approaching its long-awaited release. As a part of expanding the XV universe and marketing the game, Square Enix has recently released the animated fantasy epic Kingsglaive: Final Fantasy XV. Having experienced both failure and success, surely Square now knows how to put together a film. While it’s certainly true that the animation quality is unparalleled, the premise is so muddled that the film’s beauty is lost along the way.

The film follows Nyx Ulric, a member of the Kingsglaive who serve King Regis of Lucis, a modern magical kingdom that holds the last crystal in the world of Eos. Lucis is at war with the Empire of Niflheim, who want Lucis’ crystal for their own yet unknown nefarious deeds. Peace is proposed under the condition that the King’s son Prince Noctis (the protagonist of FFXV) marries Princess Lunafreya of the occupied kingdom of Tenebrae. Of course, it turns out all to be a trap and Nyx must attempt to save the princess and his king.

If you read all that and wondered how any of that made sense, then you share the same sentiment that I had when the credits rolled. Because while the story itself is pretty standard fare for Final Fantasy or any other epic RPG, how it’s delivered in Kingsglaive is positively baffling. What the film manages to do is take what should be a story filled with suspense and action and makes it overly convoluted and dull. You’ll be introduced to characters you don’t care about; there’s a plotline about the treatment of outsiders we’re supposed to emphasize with (it doesn’t work), and you’ll always be asking yourself “Why?” It’s a real shame as on paper Kingsglaive could have a great story along with great visuals, you can’t bring yourself to care.

Another issue with the film are the performances. Sony Pictures somehow managed to swing Sean Bean, Lena Headey, and Aaron Paul to give their voices to Regis, Luna, and Nyx respectively. While a feat in itself it doesn’t redeem the fact that all the other performances feel forced in comparison. I’d feel bad for them, but their voices aren’t even in the actual game, so it makes their performances even more out of place.

But, if you can get past the convoluted story and generic performances, you’ll be treated to a stunning animated feature. Every single detail of the characters and the world of Eos is breath-taking. In fact, it’s almost too good looking and will on rare occasion enter the uncanny valley with certain characters. In any case, everything is so beautiful that you can’t help but be distracted by the background drowning out whatever plot developments are happening on screen. Unless it happens to be one of the film’s many fantastic action sequences.

True to Final Fantasy form, the fight scenes are epic and wonderfully choreographed. Every movement between the characters is well thought and even fumbles are chosen carefully to surprisingly preserve the flow of the scene. If you removed the story and just showed the combat, you might have a decent action real of show off the film’s amazing animation quality. Unfortunately, tech demos don’t necessarily make the best movies.

At the end of the day Kingsglaive: Final Fantasy XV is a gorgeous animated film with disappointingly little substance. It doesn’t ruin the world that they’re trying to build for FFXV, but it doesn’t add to it in any way either. It will be interesting to see how much of the events of the film will truly be in the actual game, as I predict there are a lot of players who will probably pass on the movie based on reviews like this one. If you look past the story, then you’ll probably enjoy the film as it is a stunning film filled with exciting action. Otherwise, you might feel like you’re left wanting more. I guess the aptest comparison to the movie, and perhaps the Final Fantasy film franchise as a whole, is to the crystals the series is known for. They are shiny and very powerful, but it seems that something always goes wrong with them.