So 2016 is now over, and all I can say is “I guess that was a thing.” All jokes aside, every time I look at someone else’s “Best of 2016” list, I’m struck by how many things have been released this year. Most of it boils down to me either going “ah yes, I remember that it was awesome,” or “wait, that came out this year?” Whether it’s films or games, 2016 had a lot going on. So much in fact that by the time Overwatch was out and consuming my life, the only other game from earlier in the year that I could easily remember was Stardew Valley. Typically when I do my own “Best of” lists, I tend to combine a serious reflection of the year in pop culture with something that might be called humor. Without further ado here are what I considered to be the “Best Bits” of 2016.

Best Film That Everyone Needs to Watch: Zootopia

While this blog isn’t my current occupation and I am not obligated to write any particular posts, I will say of one my bigger regrets from 2016 for the blog was not writing a review of Zootopia. While I plan on writing a post about his film at some point this year, I will start off by saying that this is a movie that everyone needs to see. Considering how many films I saw this year, I’d say that Zootopia was the only title this year to make me think that I’d seen something truly unique. Lion and Moonlight are certainly up there, but Zootopia manages to do it all. Not only is the animation beautifully done, but its story and themes also have so much relevance in today’s world. It should actually be adults watching Zootopia, not just kids.

Calling Stardew Valley a farming simulator is sort of an insult, as it is so much more than that. But technically the core mechanics revolve around farming, so it is technically a farming simulator. A farming simulator where you can farm, fish, fight monsters, fall in love with your neighbors, help a race of forest sprites rebuild a community center, and rebel against an evil corporation seeking to destroy nature and small towns. You know, like all other farming simulators? If you haven’t checked out Stardew Valley, it’s now on PC, Ps4, and Xbox One. Plus the creator has been magnificent at giving free updates, so all the more reason to play.

Best at Not Being a Total Disappointment: Final Fantasy XV 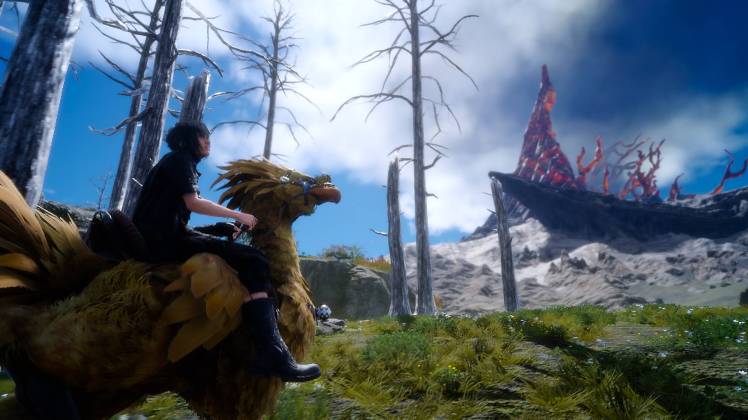 When a game takes 10 years to make, a lot can go wrong. Especially when so much of the game gets changed in the process. So even with all the excitement and hype surrounding FFXV, it’s not surprising that there was also quite a bit of apprehension over whether or not the game would be worth it. Thankfully it was worth the wait. Sure, the game is still getting updates in an attempt to fix some of the more glaring launch issues. But, what I played was really fun and not the total disappointment I was worried about it being.

Oh DC, why can’t you get one film right? If Marvel hadn’t already proven that it’s possible to make incredible movies and still be comic book movies, I’d be willing to let the mediocrity slide. But then again there’s also the amazing Dark Knight Trilogy, so it’s not like DC has never produced a good film with its properties. So why is it that both Batman v Superman and Suicide Squad were so awful. There are numerous reasons: the directors, the writing, the editing. Anyone of those could explain what went so horribly wrong with either film. Especially Suicide Squad, which if I had to give a movie a “Worst of 2016” award I’d be seriously tempted to give it to. Of course, I wouldn’t because there were no doubt worse films which I didn’t see. But it wasn’t even bad in a good way, it was just terrible. Here’s hoping they get Wonder Woman right because at the moment I have no faith in the  Justice League movie.

Before Overwatch, I wasn’t really a fan of playing games online. I’ve always been a fan of the single-player experience rather than multiplayer. Perhaps I was so in love with Overwatch’s world that I was willing to be brave and play with millions of strangers online. As it turns out, what I discovered is one of the most fun gaming communities out there. The fan base has been incredible for Overwatch, and despite its usual group of trolls and bastards, they have made Overwatch something more than just an online shooter. Plus, the communities impact on the game itself has lead to some surprising developments. It’s not a perfect group of gamers, but it feels pretty damn close.

Best Game That I Forgot I Played in 2016: Oxenfree 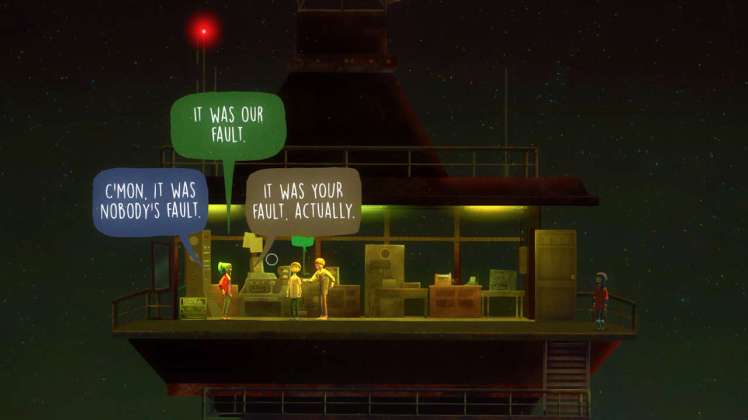 I figured what better way to end the list than with the first game I played in 2016, Oxenfree. While it can be finished in one play through, Oxenfree’s story, art, characters, and atmosphere started the year off right. I mean, if you’re into creepy transdimensional ghosts, mysterious radios, and teenage emotions. If you’re not then this indie gem might not be for you. But the game did get updates later this past year, so there’s plenty of fun to be had with Oxenfree. For more on Oxenfree, check out my review here.

That’s all that this list is going to cover. As I said earlier, a lot came out this year, especially in the games department. If you want to read about which games I thought were the best of the year, you can check out my other post on that on this blog as well. It’s been one hell of a ride 2016, here’s hoping for a great 2017.